Help my puppy sleep through the night Fortunately, Lottie has always been really good at sleeping and night times.

When we first brought Lottie home, we had a crate with a cushion and blanket inside of it and the crate was inside a puppy pen and this was in our kitchen. (Lottie also brought home with her a cuddly toy which had been in the pen with her and her mum and all the other puppies, so we would leave this in her crate with her at bedtime so that she would have the smell of her mum and the other puppies to comfort her)

We would close the door on the pen at bedtime but leave the door to her crate open, so that she could go to the toilet on the puppy pads that we had in the pen if she needed in the night, rather than going on her cushion.

The first night we brought Lottie home, she cried a little but not too much. We were really strict from the start and said we did not want to get into any bad routines where she was sleeping in our bed with us or we were having to sleep on the sofa with her due to her crying! And this really paid off for us.

I know it’s really difficult and hard to hear them crying and not do anything about it but we found with the strict approach, Lottie just got used to it and it did not take her long at all to get used to the fact that was where she slept. Luckily for us, she didn’t cry much or for very long, she would have a bit of a whimper and give in after not too long, I know some people are not so lucky and their puppies howl all night!

Once Lottie had outgrown her puppy pen, we got rid of that and she was left with just her crate. We still didn’t shut her in this at night, we would leave the door open so she would have free reign of the kitchen (we would close the kitchen door) but she always chose to sleep in her crate anyway.

Recently, we converted our cupboard under our stairs (which is also in our kitchen) into a bedroom for Lottie! It was the best thing we could have done! She absolutely loves it! She has her cushions and blankets in there which she sleeps on, and then she has her toy box full of all her cuddly toys and balls! And we also have some hooks on the walls where we hang her leads, harnesses, coats etc! She’s one lucky Cockapoo puppy!

Lottie loves her bedroom, she chooses to take herself off into there all the time, it’s her own little safe space. At nighttime now, this is where she sleeps, we leave the cupboard door to her bedroom open so she still has free reign of the kitchen, but we don’t think she leaves her bedroom until we come downstairs in the morning to let her out!

In terms of advice for sleeping, I don’t have much, we have always been lucky! The only thing I would say is stay strong and don’t give in to the crying, the more you give in, the more likely they are to keep doing it and for you all to get into bad habits! 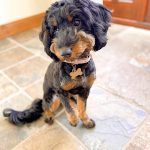 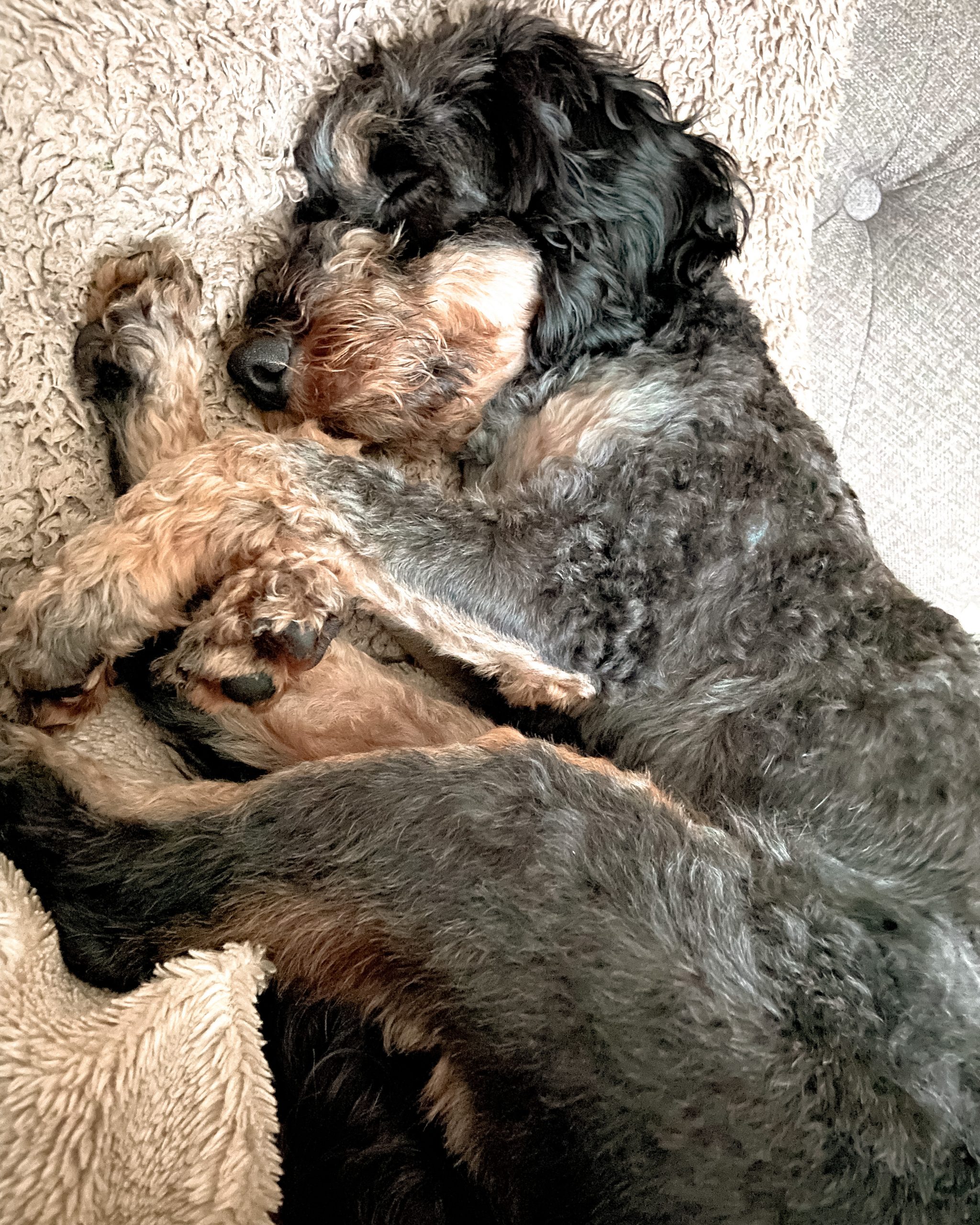